Earl of Sandwich restaurants (link) have created made-to-order, freshly baked sandwiches like no other.

Their menu pays tribute to the art of the sandwich.

From The Original 1762 to their fresh salads, Earl of Sandwich strives to use the highest quality ingredients in everything we serve.

How Earl of Sandwich was born

In 1762, John Montagu, the 4th Earl of Sandwich, invented the meal that changed dining forever.

As the story goes, he was playing cards and did not want to leave the gaming table to eat.

He asked for a serving of roast beef to be placed between two slices of bread so he could eat with his hands.

Thus, the Sandwich was born.

Some 250 years later, Earl of Sandwich restaurants have taken that idea and crafted it into a made-to-order, freshly baked sandwich like no other.

In 2004, Lord John Sandwich, the 11th Earl of Sandwich and his son, the Honorable Orlando Montagu, direct descendants of the inventor of the sandwich, partnered with Robert Earl, founder and CEO of Planet Hollywood, to launch the Earl of Sandwich restaurants.

The menu was designed around fresh, simple, quality ingredients. Those ingredients combine to form The World’s Greatest Hot Sandwich!

Sandwiches are made when ordered to ensure optimal taste and freshness.

The signature artisan bread finishes baking right after adding the sandwich ingredients. That order in making enhances the flavors to a great extent.

A full range of salads, wraps, sides, soups, desserts and beverages is also on offer.

In addition, they developed a breakfast menu specially for locations with morning traffic. 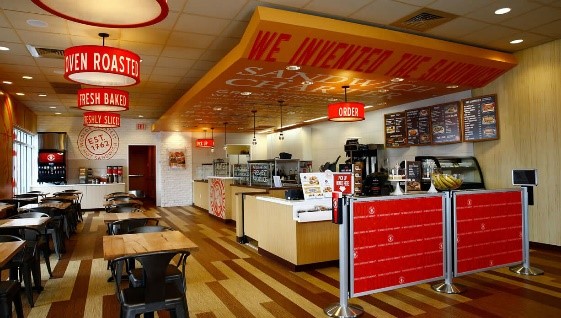 In total, they have 25 outlets as of the time of writing those lines.

They are seeking partners who have a proven track record in the restaurant and / or hospitality industries to bring Earl of Sandwich into new markets.

Looking to be their franchisee? Get in touch with the Brand Manager: Troy Franklin. ( troy@worldfranchiseassociates.com)