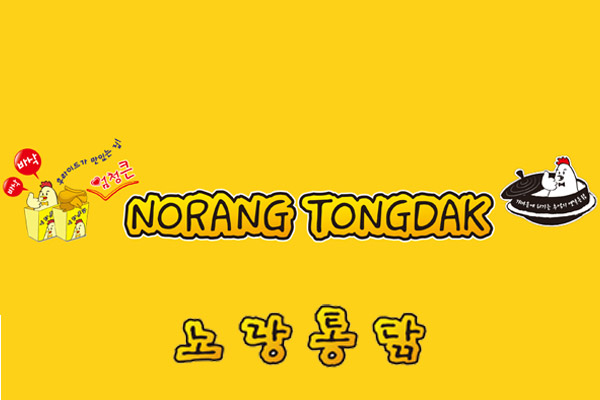 As one customer said in her review: “This brand is great because the chicken is just pop-able, boneless pieces that allow you to eat double your portion.”

This blog goes a little bit further and call it the: “Must Eat Chicken When You Visit Korea!” That post was in 2017 and still holds true to this day. That tells a lot about the brand.

The founder tells the story of Norang Tongdak / Norang Chicken.

After opening the first Norang Chicken in Pukyong National University at Busan in 2009, the founder went through a lot of difficulties.

At first, consumers were unfamiliar with Norang Chicken… Because Norang Chicken was a private brand without a big franchise name behind it, customers didn’t pay much attention to their chicken.

As time passed by, university students in their 20s started going to Norang Chicken.

To express their gratitude for customers while understanding the concerns for financial conditions of students, they started giving free rice balls.

Then, they came up with an even more interesting marketing idea.

They started putting jujube (some sort of red dates) randomly inside rice balls.

Followed by a free chicken to customers who ordered the jujube rice balls.

Such small offers led to BIG results. The word was out and more people wanted to visit and see what their freebie would be. Plus it’s a cheap and tasty fast food chicken store.

Later, they held special events for students and gave a free chicken for students who brought a report card with an F.

As a result, Norang Chicken got famous for their ‘Cheap and Tasty’ chicken.

Getting famous for ‘non-salted chicken’ and ‘cheap chicken’, Norang Chicken is becoming a delicious chicken restaurant on television and in newspapers.

The founder was once a chicken restaurant owner nervously waiting for the customers all the time. He also operated various other chicken franchises and had a lot of troubles with the head offices.

He is looking for franchisees. Details are there on their website!

My Korean is same as your hieroglyphic, put I found they have a franchisee in Vietnam. Would you be next?