The story of NG AH SIO 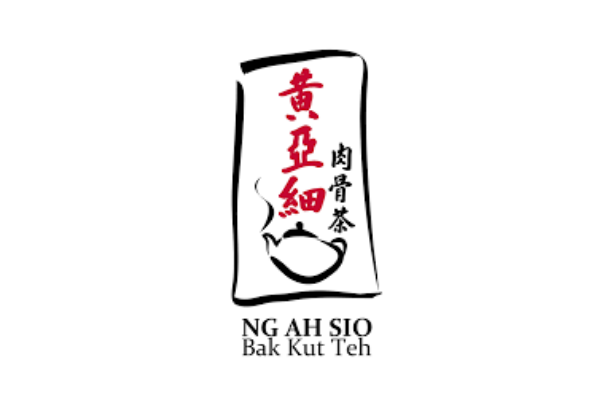 Find Teochew Style Classics at NG AH SIO Pork Ribs Soup Eating House. The place is known for its peppery-based soup with pork ribs and a handful of traditional braised dishes that make your meal a wholesome one.

One of the only few truly Singaporean culinary heritage dishes, Bak Kut Teh remains a firm local favourite. It is believed that it was the early settlers who came to Singapore; young godown workers, who were the first to brew this dish for nourishment and strength. 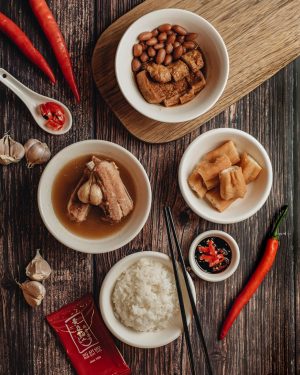 Mr Ng Ah Sio’s father started selling this savoury, pork-based, peppery soup cooked in distinct Teochew style in the 1950s, around the present-day River Valley and Hill Street vicinity. These early servings of the Bak Kut Teh were accompanied by Chinese donuts (You tiao) and a strong brew of Chinese tea.
On 1 December 1977, Mr Ng Ah Sio took over the business after his father’s retirement and began serving the crowds at New World Amusement Park (current Kitchener Road) with 7 staff. He named his restaurant NG AH SIO Pork Ribs Soup Eating House. Gradually, his staff strength increased to 18 to cope with the growing number of customers looking to satisfy their cravings for this invigorating dish. 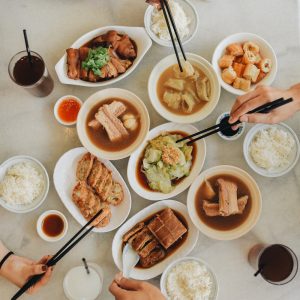 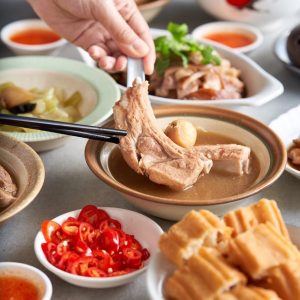 The fame of NG AH SIO’s Bak Kut Teh spread far and wide and soon political dignitaries, celebrities and corporate bigwigs were joining the queues for a taste of this wonderfully uncomplicated but nourishing dish.
Since moving to Rangoon Road on 15 March 1988, over a million bowls of this classic dish has been served. The NG AH SIO Bak Kut Teh brand has since become synonymous with delicious and authentic pork ribs soup. Served with chilli and dark soya sauce and accompanied by servings of freshly-brewed Kung Fu tea, the dish represents a quintessentially Singaporean meal – simple, wholesome and delicious.