Hungry Howie’s has been around for over 45 years. They now have over 550 locations in 22 states across the US. They have built a brand known for inventing Flavored Crust® pizza and providing customers of all ages a high-quality product at a great value. 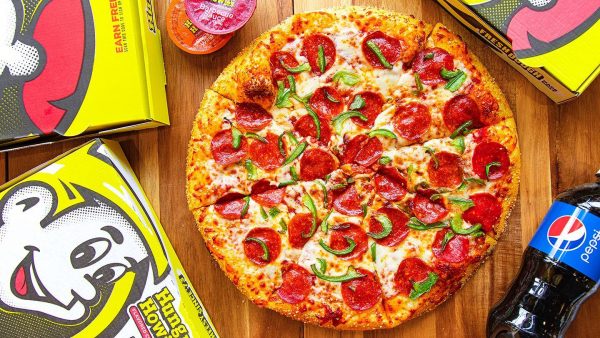 The Hungry Howie’s story began in 1973 when founder Jim Hearn converted a 1,000 square foot hamburger shop in Taylor, Michigan (a suburb just outside of Detroit) into a successful carry-out and delivery pizzeria. Steve Jackson delivered pizzas for Hearn. Later, the two partnered up to expand Hungry Howie’s and turn it into the brand it is today.

In 1983, Jackson and Hearn awarded their first Hungry Howie’s franchise. Within three years, Hungry Howie’s opened 65 franchises and by the end of the 1980s, we had over 160 units. We opened our 300th location in 1995, 400th in 1999 & 500th in 2005. In 2004, Hungry Howie’s was awarded “Chain of the Year” by Pizza Today magazine. The brand has emerged as a major competitor in the pizza marketplace and consistently ranks as one of the nation’s top pizza franchises.

How does a single-store pizza operation become a successful multi-unit competitor in the pizza delivery industry? Steve Jackson says, “It takes a fierce desire to succeed in one of the toughest food segments. Major elements in our strategy include excellent products, superior customer service and the marketing savvy to compete against the national pizza chains.”